Mapotic: Use Maps in Non-profit Organizations 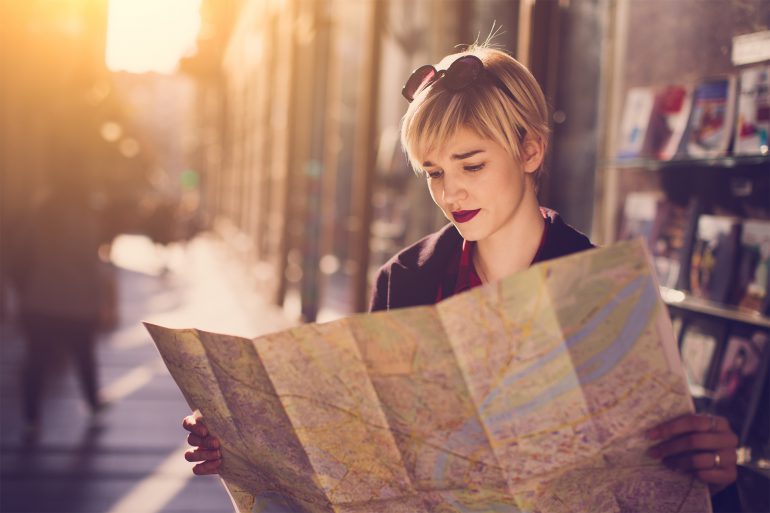 Where is the toilet, when you’ve a sudden urge? Where is the nearest barrier-free office or restaurant? Where to find good earthworms for the garden? Make it easier for people to find your non-profit.

With Mapotic you can create your own map for anything, let your content be filled with your community and encourage marketing.

Mapotic beta was launched in February 2017 and has over 200 maps. Non-profit organisations like to use the map to improve the world around us.

Online service Mapotic was created so that everyone could create their own map. At the very beginning was the idea of Coex’s programming team to map out interesting and little-known places for swimming. Popular project Kdesekoupat.cz attracted the Czech Association of Paraplegics. They came up with the idea that a map of barrier-free restaurants, offices and other places could significantly change lives of people on the wheelchair. That’s how project Vozejkmap started.

Today, Vozejkmap.cz contains 8726 barrier-free places in the Czech Republic and some abroad. “VozejkMap is unique by the fact that the wheelchair users put their own places from their own experience. You can be sure that the places are barrier-free 100%. Wheelchair users can move as freely as people without the handicap, thanks to VozejkMap,” explains Alena Jančíková, Director of the Czech Paraplegics Association – CZEPA, which implements the project.

With maps, you can improve the quality of people’s lives

Non-profit organizations started to have a real interest in maps. You can easily visualize various projects (from wetlands to polluters, company branches, communities, etc.) or make life easier for specific people. “More and more non-profits have begun to talk to us and wanted a map just like that. Programming it according to specific needs including web, administration and mobile applications can cost up to hundreds of thousands of Czech crowns. This is a lot of money for many organizations. So, we started working on a platform that would make it possible for everyone to create a map and which is also free. We charge only for some advanced features,” describes the birth of Mapotic, co-founder Ivoš Gajdorus.

The WC kompas map is one of those that greatly helps people with disease that restricts them in everyday life. Photo: Mapotic

How to help with the map? IBD patients for example started WC kompas. There are over 50,000 people in the Czech Republic who suffer from chronic intestinal inflammation. Each of us experienced unpleasant moments in search of a public toilet. For patients suffering from Crohn’s disease or ulcerative colitis, this need is constant and greatly complicates their lives. They are afraid, for example, to travel. The WC kompas maps public toilets while allowing users to rate the cleanliness. The map contains over 1300 toilets throughout the Czech Republic. “We wanted to convert the online map of public toilets into mobile form. With Mapotic we liked the fact that they’re offering their product to non-profit organizations and they don’t limit themselves to just one activity,” said Lucie Laštíková from the WC kompas.

One of Mapotic’s most distinct features is that everyone can add places to the map. If you allow it as an administrator of course. There is no need for the organization to fill the map with content, the map is created by the community of people who usually also need it the most. This is the case not only for the Vozejkmap or WC kompas, but also for many others. By involving the community in the process of creation, community considers it to be its own work, and the map is then developed more rapidly. The founding organization is also saving time and money.

Map authors appreciate an easy-to-use administration where you can add different categories and attributes to locations, and then filter the locations on the map. Users can add text, photos, and videos straight from their mobile to places, import and export data, and use them as a map layer from Seznam, Google, and other companies. Places can be shared on social networks. You can embed the map on any site or run it on your own domain.

With Mapotic, non-profit organizations also have the opportunity to create their own mobile application in a very short time and for an unbeatable low cost. Their maps can be easily used in mobile phones in the field. 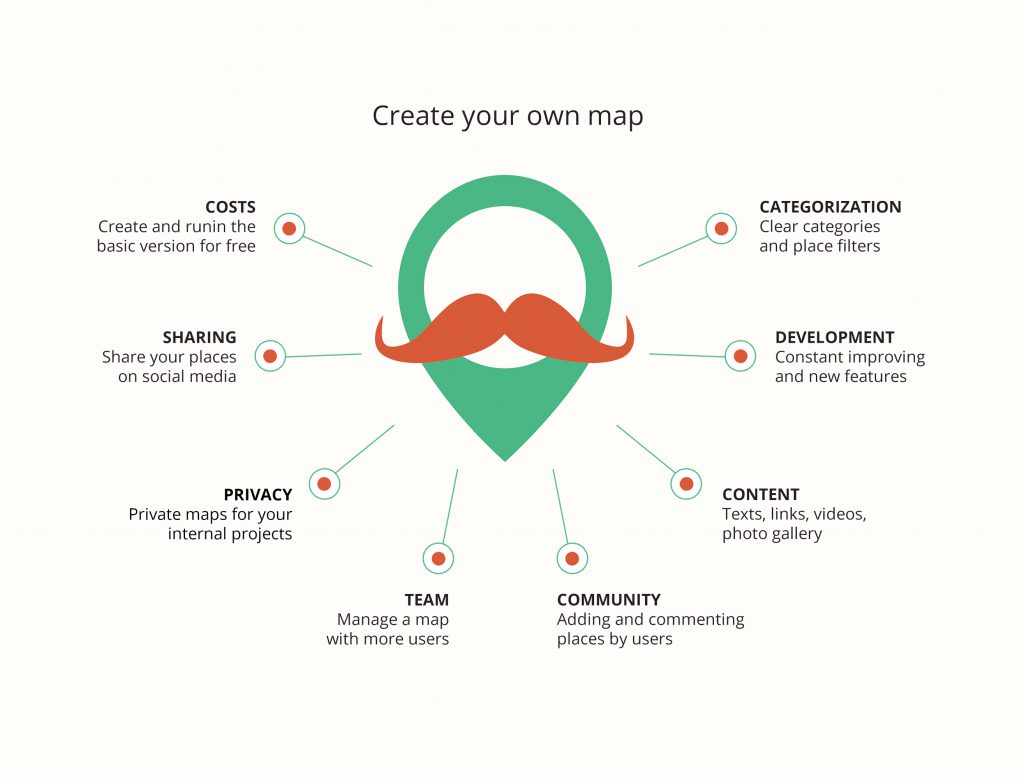 Mapotic offers a wide range of benefits and even more features are added. Photo: Mapotic

Map as a marketing tool

Kokoza, the charitable organization, also uses extensive possibilities of Mapotic, and maps community gardens, composting and other green spaces. However, their original map was no longer enough to meet modern demands. “We stood at the crossroads, to invest in our own solution or to establish a partnership with Mapotic. After we considered all possibilities, we decided that we’ll go with Mapotic. The arguments for it were unambiguous. Mapotic currently has the most advanced platform on the market and has a very user-friendly environment.

From a financial point of view, it is unmatched. In addition, we knew Mapotic would continue to evolve and new features would be added,” said Jakub Reichl from Kokoza.
In Kokoza, they want the map to be an effective marketing tool. “Our users will be able to add products like honey from the city roof, homemade cakes or high-quality compost or earthworms that are still the most popular on our map. Users will then be able to offer their products on the map and buyers can simply search for them. This will support the main objective of Kokoza, which is the local closed cycle of food. In addition, the new features give local communities the opportunity to earn through the physical mediation of this cycle,” adds Reichl.

Similarly, Šimon Ornest, founder and head of the legendary band, The Tap Tap, is now considering using Mapotic to promote concerts and support sales of CDs. Thus, non-profit organizations can use Mapotic not only as a means of improving the world and promoting its mission or services, but also to loosen up their own budget.

Shortly before the deadline of this article, Mapotic took 3rd place in the prestigious Vodafone Idea of the Year 2017 competition. VozejkMap received the Rafael Award of the Vodafone Foundation for using the information technology in an innovative way, in 2013 it was awarded the best internet project in the Forum of donators competition called “Be Seen”. It was also awarded the 2nd prize and the special prize Vodafone Foundation in the Otakar Motejl Fund competition, We Open the Data Together.

Marek Jehlička helps companies and non-profit organizations communicate effectively. His experience from the media and from the role of a non-profit spokesperson helps him to formulate communication strategies or to address the specific needs of non-profit organizations through consultations. For many years he has been a consultant and public relations lecturer on Facebook. In his leisure time, he focuses on shooting and filming with a drone in his own company Skyworker.cz