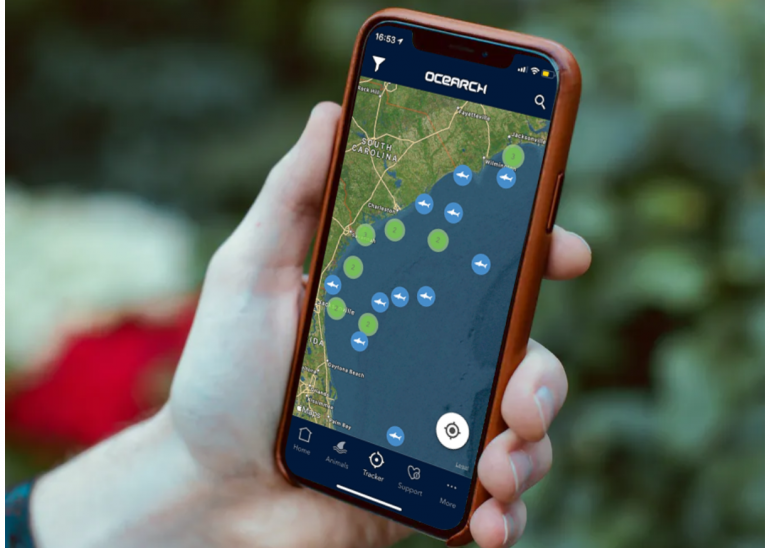 Prague based startup, Mapotic, which provides innovative mapping services, finished development of a new version of the world’s largest shark tracking system for the US non-profit organization OCEARCH.

OCEARCH released the first version of “Shark Tracker” in 2012. Since then it has seen massive growth  and gained a fantastic reputation among organizations that monitor the movement of marine animals. 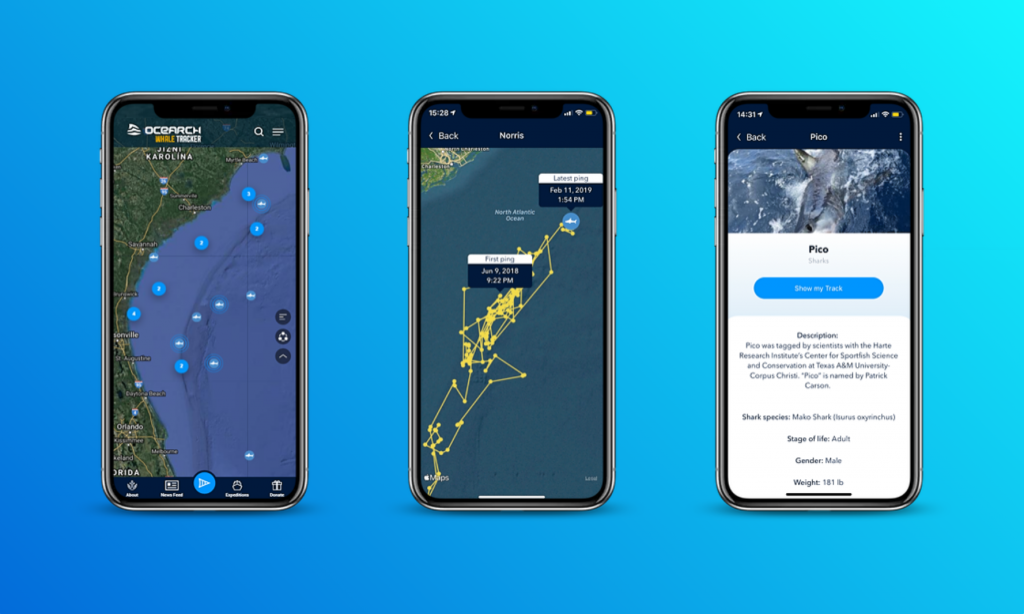 The main goal of OCEARCH is to help scientists gather previously unattainable data by providing them safe access to the ocean’s top predators. The unprecedented access allows researchers to place satellite tracking devices on the sharks in order to map their critical habitats and guide responsible management policy decisions.
Over the past 10 years, OCEARCH has collaborated with dozens of universities and scientific institutions to provide valuable data on shark movement, changes in migration routes, and ongoing shifts in the world’s seas.

Getting a shark’s location

The sharks are tracked via a satellite tracking device, or SPOT tag, that is attached to the sharks dorsal fin. This tagging process does not cause any significant harm and the device is designed to fall off after a few years. One of the first sharks to be tagged in the Northwest Atlantic was the famous Mary Lee – who collected over 100,000 fans on Twitter! In addition to scientific teams and studies, shark migration routes are also monitored by millions of fans who also contribute to OCEARCH.
When the shark’s fin with the tag breaks the water’s surface, the tag sends a signal to a satellite – which then processes the time and location data and sends it to the cloud storage. As more and more sharks were tagged, an interesting map with the sharks’ travel routes began to emerge on the web and on the Shark Tracker mobile app.

As the number of tracked sharks was rising constantly, the organization’s original app had started showing its limits, so OCEARCH asked mapping specialists from Mapotic to design and develop a new version of the system. In the spring of 2019, Mapotic developers began to replace the backend part of the project – redesigning the obtaining and processing of the data from the satellites and handing them over to be displayed in the mobile app or web browser to the visitor.

The new system uses modern software design and is equipped with services to handle burst peak management, which was one of the main challenges. In unexpected situations, the system can automatically scale and handle millions of visits in a short time. The new design of the software and mobile application is also entirely modular and allows for the easy addition of monitoring of other species (turtles, whales, etc). Also, an extension of functionality is planned – developers will be working to add other functions such as adding animals into a favourites list, notifications, personalising the map to show only the animals the user wishes to observe, and improving the map to show real-time currents and weather.
Ivoš Gajdorus, one of the founders of the exciting project adds:

We created Mapotic with the aim of using advanced mapping technology to serve meaningful projects – and our collaboration with OCEARCH certainly fits that remit! I am delighted that we were able to utilize our technology to create a service that helps to spread awareness and helping to restore balance in the world’s oceans.

To find out more about  OCEARCH visit:
www.ocearch.org

Mapotic is an intuitive mapping platform that provides tools for creating, processing and presentation of geolocation content. Communities, companies and organisations use Mapotic to work more effectively, make attractive and user-friendly presentations and to harvest user feedback effectively.
Download the OCEARCH mobile app from App Store or Google Play.