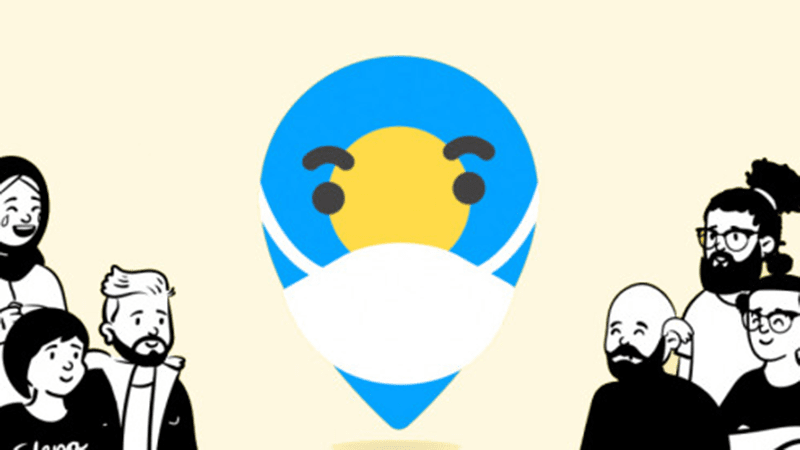 During the spring months of this year, most countries were affected by the SARS-CoV-2 coronavirus pandemic. In many countries the citizens responded very adequately, creating useful tools to fight this invisible enemy. One of these tools is a web application for creating understandable maps that facilitate the connection between providers and recipients of assistance, both tangible and intangible.

All around lack of medical supplies

In the first days after the outbreak of the covid-19 pandemic, the most important thing was to protect the entire healthcare system against being paralysed from the effects of the virus. The shortage of medical supplies (respirators, drapes, shields, special suits), the production of which had previously been moved from Europe and the USA to some Asian countries, was dealt with by each country individually. The recommendations of governments, their epidemiologists, crisis teams and a number of healthcare organizations in individual countries were also different.

One example of how much the country’s approach to virus protection varied was the controversy over the effectiveness of home-made face masks. The Czech Republic was among the first countries to issue a regulation on the mandatory wearing of mouth and nose protection. From mid-March, veils or scarves were mandatory both outdoors and indoors (with the exception of one’s house)

Although the effectiveness of home-made veils was initially questioned, not only by a number of world politicians (Donald J. Trump) [1], but also by major health organizations (WHO) [2], the drastic impact of the virus on populations in specific countries made studies reconsider their initially negative opinion. In many countries volunteer communities, made up mostly of women, had spontaneously formed in the meantime. With the help of their own sewing machines, they set about sewing face masks and in this way sought to make temporary protection accessible to as many people as possible.

The power of innovative technologies

In the Czech Republic, a project was taken up by a group of IT volunteers at the initiative of Česko.Digital, their Dame Rousky project served over a million people in a few weeks and mediated an estimate of 270,000 face masks. The whole project was built on the map platform of the Czech start-up Mapotic, which enabled an extremely fast release of the service. In addition, the technology used has a number of useful functions, such as: functions for quick registration of users, their mutual interaction, the ability to define your own POI, the ability to edit the current status of help offers or demand, the ability to send messages, and more. While other tools took weeks or months to be developed, thanks to Mapotic, it was possible to rely on a ready-made solution and a stable infrastructure.

Soon after the launch, new points of interest began to appear on the map, where in addition to manufacturers and recipients of protective equipment, other important contacts could be found: collection and distribution centers, sewing machine repairmen, 3D printers and many other aid providers. One of the key advantages of the Mapotic platform is the possibility to transfer your map into a mobile application distributed through App Store and Google Play.

An idea that transcends borders

The large number of visitors (100,000 visits on the second day) confirmed that the authors of the idea had set out on the right path. The maps were noticed by domestic journalists and the subsequent media attention raised a wave of interest in this practical use of community maps on a global scale. The emergence of an international communication Slack channel, ideal for sharing of experience between teams from Europe, America and Australia, was a catalyst that accelerated the launch of similar map projects outside the Czech Republic in the first half of April.

Articles on the map service Dame Rousky and the versions that were based on it have appeared, for example, in the French newspaper Liberation, the Italian Il Tempo, the British The Guardian, the Portuguese Observador, the Romanian Libertatea, the Belgian The Brussels Times or the American Politico. The expansion of a user-friendly web application in the form of a map has helped people fight covid-19 on three continents and it wasn’t just face masks or other protective equipment that the maps conveyed.

The project founders realized the difficulty of a global solution. Local volunteer organizations are better acquainted with the conditions and needs in a given region, and projects at the national level are usually perceived more positively than those worldwide. Each country took full advantage of the service’s ability to set parameters according to its own needs and local customs and the resulting offer of assistance thus took various forms.

For example, Spanish developers have created points of interest on the map, where seniors or people with limited mobility can find volunteers offering delivery of medicines and food, or babysitting and walking pets. The Italian team included the help of psychologists in the map, in the Australian version it is possible to find a database of local volunteer communities, while the Polish map contains contacts for couriers who provide their services free of charge. In addition to individuals, voluntary organizations and government institutions, companies and businesses that used their products or paid services used the potential of maps, thus increasing their marketing potential by the use of another promotional channel.

A few figures at the end

The Dame Rousky map and its equivalents were created in 12 countries and recorded almost 3 million views in two months of operation. In addition to the Czech language, versions in five other languages were created (DE, HR, IT, PT, ESP). The volunteers from the given countries, who translated the texts, deserve a massive thank you. By doing this, the potential use for end users in the given countries has been significantly expanded. Approximately 11,400 users were actively involved in the projects, mapping a total of 5,235 sites related to the distribution of veils and the provision of assistance during the covid-19 pandemic.

Graphic materials for free use:

Swift overview of your o